The biggest threat to their new world order agenda is none but Russians and Chinese. Bitcoin power holders does not want you to know about “...

The biggest threat to their new world order agenda is none but Russians and Chinese. Bitcoin power holders does not want you to know about “United Future World Currency”, proposed by Russia.

They hate gold so much that they would simply delete press releases or news coverage of any event that talks about gold standard or a currency backed by gold. 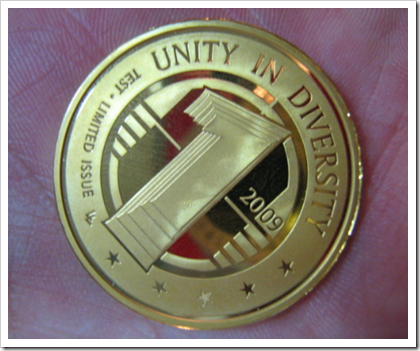 What you are about to read next is never shared on internet before and will surely give goose bumps to mainstream media puppets of the elites such as, “Bloomberg”

Bloomberg which is the biggest ambassador of bitcoins these days and wont miss any opportunity to publish posts in favor of bitcoin, deleted its new report on the G-8 Summit conference organized at L’Aquila, Italy on July 10, 2009.

Interesting Fact: Russia came up with this idea just after six months, the same year when Bitcoin was released as open source software in Jan 2009.

Russian President Dmitry Medvedev, proposed a model for future world currency by displaying a shiny gold coin worth $3,900 at that time. The coin, which bears the words “Unity in Diversity” was minted in Belgium and presented to the heads of G-8 delegations. He recommended that since they can't trust U.S dollar anymore as the reserve currency, they need a more reliable and trustworthy medium of exchange to trade.

During my research I heard about United Future world Currency while Googling some major news sites and all these news sites were linking to a page on Bloomberg site that reported the incident of G-8 Summit and what happened that day. Upon discovering that link, I found that web page had been deleted from Bloomberg's official site. This page returned a 404 error.

Thanks to Wayback machine, I was able to extract the contents of that page and I am sharing the screenshot below: 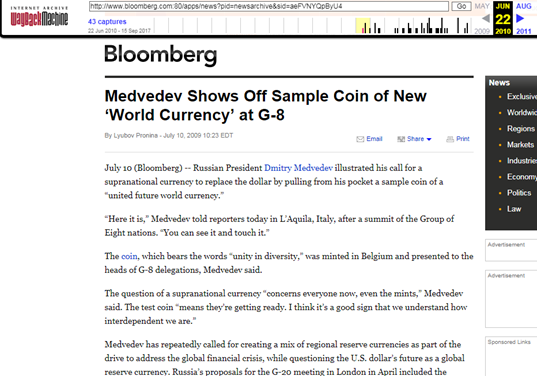 The following proposal from Medvedev shocked the Elite leaders in G-8 Conference of 2009: 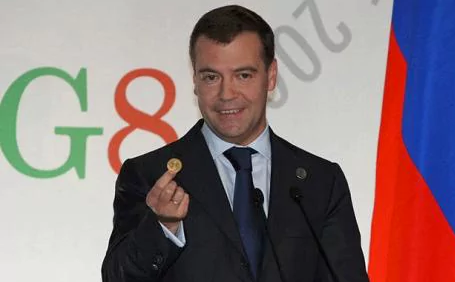 “I have some supranational currency in my pocket that I got as a souvenir. This is a test sample of a currency unit under the Unity in Diversity motto. It is called the United Future World Currency. It can already be seen and touched.

The question of a supranational currency concerns everyone now, even the mints. The test coin means they’re getting ready. I think it’s a good sign that we understand how interdependent we are.

This is a symbol of our unity and our desire to solve such issues.”

His proposal was simple: Bring Gold Standard Back!

Imagine how far can these elites go to impose their viewpoint upon the world by controlling main stream media. Whatever promotion of bitcoins you are seeing on CNN, Bloomberg, ESPN etc. is nothing but a lie painted in white. This is how they mind program masses and install a mindset of their own. Your TV screen is the biggest propaganda tool of these vampires today.

Since dollar is going to crash and will no more survive within the next 4-5 years, the elites are planning to create a one world currency (cryptocurrency, ) powered and controlled by them. At present Bitcoin is their test case to study human behavior to this online currency before they unveil the final upgrade to Bitcoin protocol. 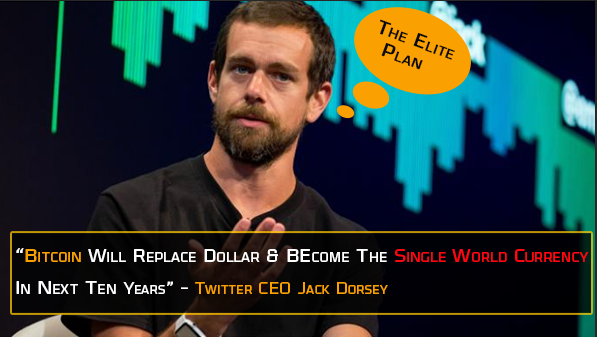 To further strengthen my point, the elites have already started to mind program masses through influential Silicon Valley giants such as Jack Dorsey, CEO of Twitter and payment platform, Square to consider Bitcoin as the single currency of the world in the next ten years. He told Times of London that bitcoin will overtake dollar and will become the single world currency within a decade:

Bitcoin will overtake the dollar in importance as it becomes the single global currency of the internet within a decade.