We are living in 21 st Century, where celebrities, sports stars and politicians are the new gods of the younger generation. Where people un...

We are living in 21st Century, where celebrities, sports stars and politicians are the new gods of the younger generation. Where people unfortunately do not trust the words of God as much as they trust tweets from a Hollywood celebrity.

Where lies are treated as truth and fan following is taken as authority thanks to the presence of electronic media. 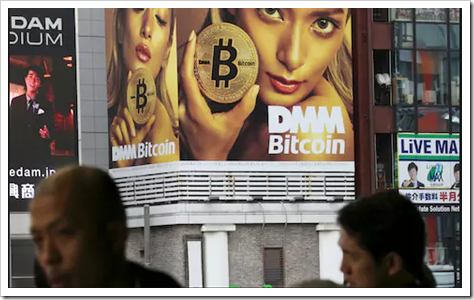 Advertisement of Bitcoin near a train station in Tokyo

The world lives in a Matrix where every single individual’s mind is controlled through shadowy human gods, called celebrities. People will act as a flock of sheep by blindly following these gods.

Over the last 12 months, several celebrities have been paid to promote and endorse various virtual currencies on social media.

Why won’t people believe on something when it is advertised through celebrities like Richard Branson, Paris Hilton, Floyd Mayweather, Mike Tyson, Cyber Security legends like John McAfee and TV channels like Bloomberg.

These shiny stars will promote anything without caring about their fans welfare as long as they are paid a handsome amount. Just recently, French reality star Nabilla appeared on Snapchat on 12 January, 2018 and encouraged her fans to invest in Bitcoin.

"Even if you do not know anything about it, it makes money without investing much,"

But just after Nabilla's scam video and irresponsible paid promotion, the French regulators promptly tweeted a warning note to its citizens informing them, that Bitcoin is very risky and you can lose all your money, thus stay away from Bitcoin. 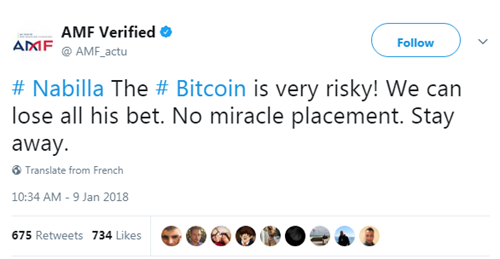 See the screenshots below to understand how general public will buy any crap if it comes from these fake gods of Hollywood, Bollywood and Silicon Valley:

Launching and promoting a branded bitcoin ATM. 100 such branded ATMs are rumoured to be launched.

They are launching ATMs by hiring international celebrities to promote it and people still think all this is done by some individual tech enthusiasts who want to change the world and not by the Elites hiding behind curtains! 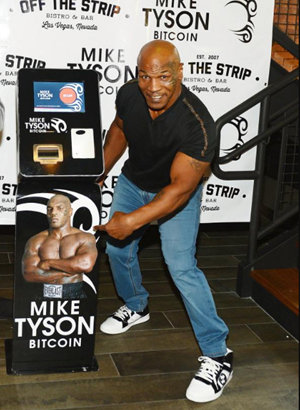 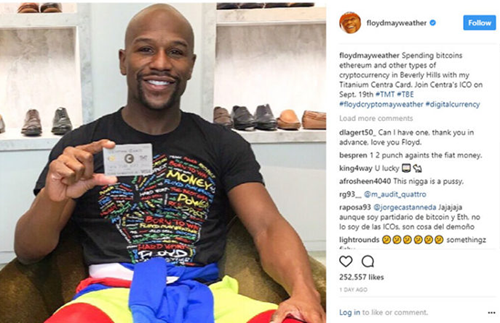 ICO Mayweather promoted on Instagram reportedly raised $30 million. I wish those who invested would rethink their decision before all these ICO bubbles burst in 2018. 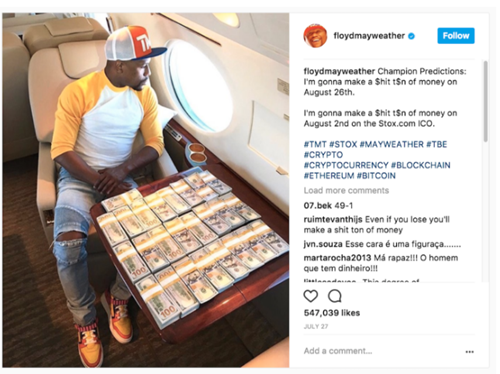 She even launched her own blockchain company called paragon and asked people to put their money in her startup by helping her raise $100 million with Paragon’s September ICO! 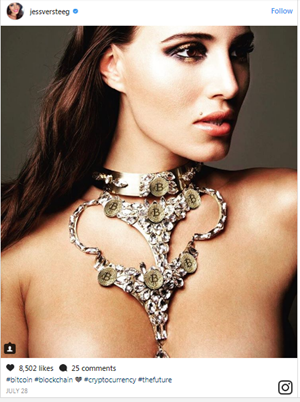 Other celebrities who promote Bitcoin or cryptocurrencies include:

I hope you know which secret group controls Hollywood..

It is not only Hollywood celebrities who are publicly involved in cryptocurrency endorsements. In fact, Bollywood celebrities such as Shilpa Shetty, Neha Dhupia, Raj Kundra, Vir Das, Huma Qureshi, Nargis Fakhri and Prachi Desai have also promoted Bitcoin to their social media fans.

You might be thinking who Amit Bhardwaj is and why are all celebs promoting his ebook, wait when we expose how he scammed hundreds of people in India with Ponzi schemes.

We bet hardly any of these celebrities would know anything about the technical side of blockchain and cryptocurrencies. They will promote anything shamelessly to their fans as long as their tweets and instagram updates are sponsored.

And in Pakistan, the youngsters are being brainwashed through this controversial character called Waqar Zaka. 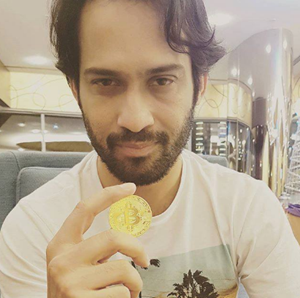 He launched Ouicoin.io with which he badly failed and is now going to launch another bogus cryptocurrency by the name “Tenup” which is a perfect example of an exit scam. 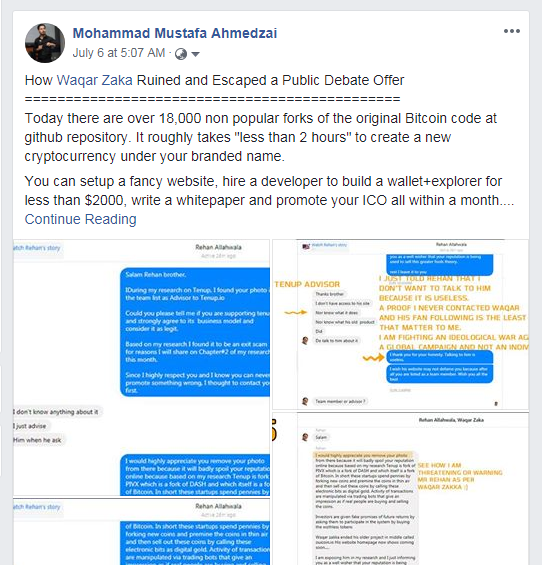 Tenup.io is indeed scam and fraud and a perfect example of an exit scam. The founder of this cryptocurrency, Waqar Zaka, has literally no technical knowledge about the fundamentals of blockchain technology and has hired inexperienced developers, by putting investors money at a huge risk.

In our private conversation he mentioned that the former name of Dash was Darknet! Can anyone believe that?

I will write a separate post to better explain why Tenup.io is an exit scam by sharing all technical details of the protocol used, whitepaper, website and business model.

Among all self-proclaimed crypto-gods in Pakistan that I met or talked so far, none qualified in having the in-depth understanding of the technical side of the P2P distributed ledger technologies.

There is another character from Pakistan called Noman Chaudhry of emaratcoin, who initially accepted my debate offer and agreed that he will come to Karachi and we will have a productive debate. I had almost three universities ready to host our public debate which included IBA, KU and NED, but all of a sudden, this man refused to come to Karachi. He said now he wants me to come to Lahore! 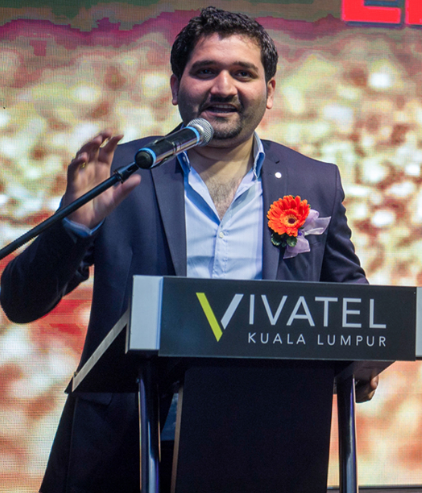 Since I have an old mother at home who is a CLD patient with malfunctioning Liver, I requested him to take a flight for just few hours and be my guest here at my home in Karachi but he kept on refusing.  Then someone from his fans offered to sponsor my return tickets to Peshawar which is just few hours away from Lahore, to which he also refused coming.

I then accepted even Lahore if he could arrange my trip but he refused. Then he wanted FB chat to which I agreed ultimately but then all of a sudden, he said, he quits! Because according to him, I was an attention seeker and a kid!

This is how these self proclaimed crypto-gods behave and attack you with personal derogatory remarks, when they feel like their poor technical knowledge will get revealed if they accept a debate offer on any public university.

Not only Noman Chaudhry but even his non-techy fans started attacking me by calling me a kid, attention seeker, having no b*lls and what not! Profanity is an expected response from such fake characters of the society, who can’t tolerate logics but would continue selling illogic. Read it here. 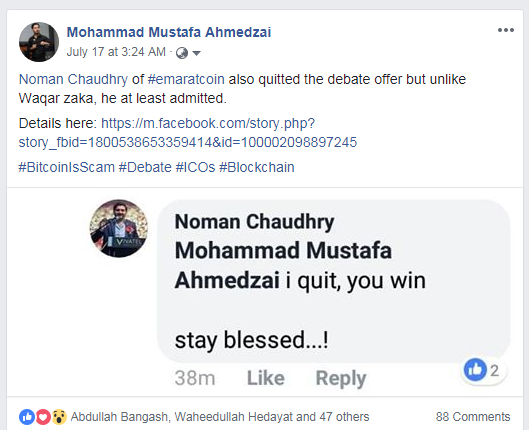 Emaratcoin is nothing but a scam and fraud where investors are promised huge future returns and surprisingly with no refund policy if in case the exchange gets hacked.

People investing in Emaratcoin are mostly from Pakistan and not Dubai and surprisingly it has no KYC/AML certificate or NTN or physical office in Pakistan.  Once the exchange gets hacked which is often an inside job of such ICOs, there is no hope of a refund at all.

From the streets of London till TV talk shows, the elite’s have not left a single medium of advertisement to mass program the general public towards their cashless society agenda.

Bloomberg is currently the biggest promoter of Bitcoins in mainstream media and it loves it so much that it will delete even breaking news on Gold coins from its website. It deleted even its new report on the G-8 Summit conference organized at L’Aquila, Italy on July 10, 2009, as we discussed in Chapter#2.18. 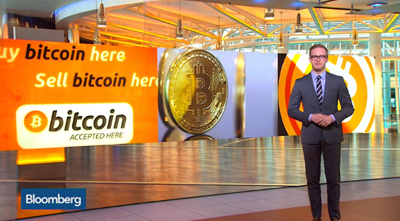 Cryptocurrency advertisements using Taxis on the streets of London 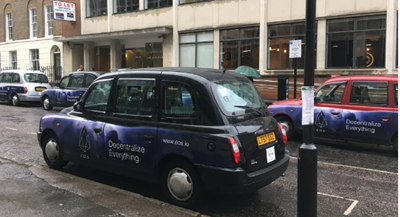 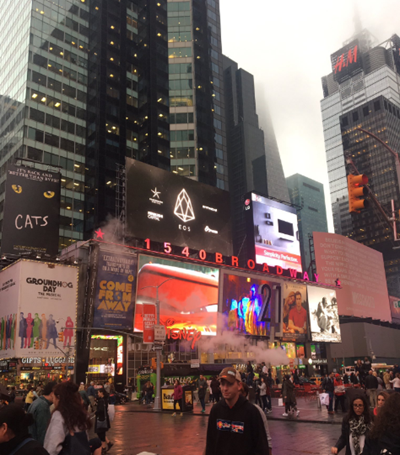 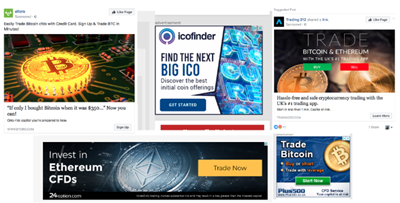 They didn’t even forget advertising on our site!

Indeed no one is able to stop bitcoin just like no one was able to stop paper currency which was also considered as the currency of the future and progressiveness.

Bitcoin public adoption will come for sure and the preparation for it has reached its peak. Truth will unfold when the least financial freedom that we have today, will be snatched away right before our eyes by the same forces who have always fooled us for over a century. Its just an old tea in a new cup, served by the same power.