Reason[49]: Bitcoin Is Not Regulated Although bitcoin users consider absence of a centralized governing authority as an advantage of bit... 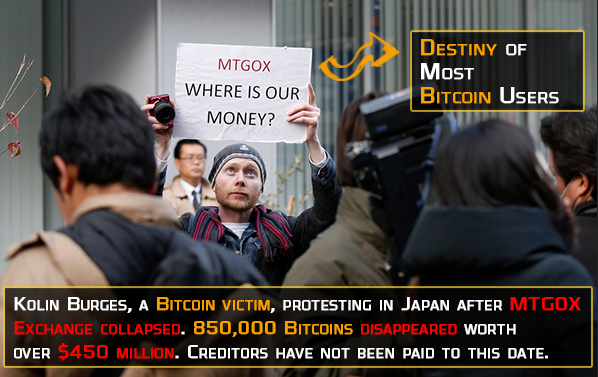 Reason[49]: Bitcoin Is Not Regulated

Although bitcoin users consider absence of a centralized governing authority as an advantage of bitcoin but yet it is a curse. When there is no authority to look after the matters and be held accountable if anything goes wrong, then only one law prevails in that case: The Jungle Law. Anything can happen, yet no one will be held answerable.


In layman terms it means, if your bitcoins are lost or stolen, you are doomed and left alone with no hope of help from any legal authority. It equals diving in a Pacific Ocean with no life jacket.

Once your private key (aka your bitcoin password) is lost or stolen, there is literally not even a 1% hope of getting your hard earned bitcoins back. Just last month (Nov 2017) over $33,000,000 worth Bitcoins were stolen because the user private keys were hacked through a get-rich gold scheme.

If your bitcoins are stolen, you can’t sue anyone or go to a police station to file a case, in short the only thing you can do is to sign up a petition and cry upon your luck.

Million dollar bitcoins are stolen each month and no one could ever get them back. Anyone who says bitcoin wallets can not be hacked, must be a fan of “Star Wars” movie!

Check the complete list of hacked bitcoin exchanges at Chapter#2.13

When you warn people against a scam and fraud like bitcoin, they often laugh at you and call you a Bitcoin troll. They call you a jealous out-dated man who isn’t as smart as them. When in fact all that you intend is pure goodwill. Such people realize their mistakes only when they are hit hard financially.

It really hurts me when I see people investing all their life savings into cryptocurrencies without having any proper knowledge of the technology itself. They do as guided by puppet speculators. This world today believes in paid celebrity endorsements more than any faith or religion.

Some stock brokerage firms like Robinhood have gone so blinded with greed that they are encouraging their customers to purchase Bitcoin for their retirement accounts...

Ordinary investors are being mislead on daily basis and there is no one stopping them. Why? Because its a pre-planned game to study human behavior towards the first P2P decentralized currency of the cashless agenda.

Let me present to you the real reactions of Bitcoin enthusiasts after they have lost all their investment by falling a prey to the scams and frauds of cryptocurrencies. 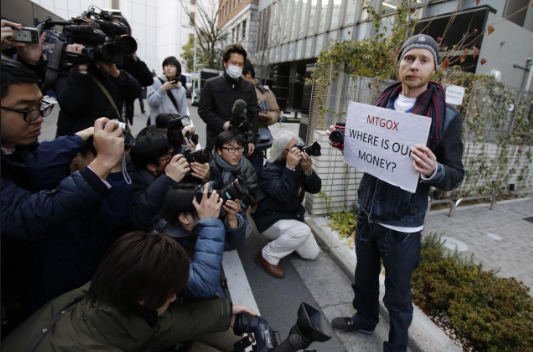 Reactions are picked from change.org site which is a for-profit website for signing petitions. It’s the final abode of every effected and helpless Bitcoin victim to ask for help and support in order to draw media attention towards his cry.

Reactions of Bitcoin users after Ethrade.org lost 100 Bitcoins worth about $1,000,000

“i`m signing because i want my money back ! i work hard for it ! and its been a couple month since i open their site , and now i have no where to find them ! please give back our hard earn money !”

“Ethtrade is scammers. They are still working another project and i know they will run away after collecting a lot of bitcoin. They stole around 4 bln dollars worth of bitcoin from 0.5 million memebers. Arrest and recover all bitcoin and data of all members. I signed and whitnessed.”

“I've invested $25,000 in hashocean and I've lost it all. Would really want these thieves to be prosecuted and make them pay back my money.”

Reactions of Nigerian Bitcoin users after they were scammed by BTClab.io:

“I was duped of my 1.2 bitcoin, bitcoin laboratory said they pay 3.6% of my deposit daily and I deposited 1.2 btc, furthermore, they said I can as well withdraw my active deposit anytime I wish but now I couldn't withdraw anymore and I can't even sign into the site.”

“Am signing because btclab made away with my hard earned bitcoin, after deceiving us to invest and earn daily income. Please help.”

Reactions of Indian Bitcoin users after GBMiners founder Amit Bhardwaj scammed everyone by stealing over 20 billion Indian ruppees according to victims:

“I am signing because I invested about 3 Lacs of my hard earned money in this company and have never received a dime in return. Many of my friends have invested as well but they have not see the money yet. This guy has defrauded more than 200,000 people with revenue going to as much as 2,000 crores.”

“This is bloody 2018, and the India Law do something fast. This guy and his team of frauds and that fake loser Dr. Ashish have stolen 15.6 bitcoins from me, and Not once repaid anything back.”

“I am a victim,I have invested 130 BTC with this company and in return he has given mcap .Now I am suffering with financial hardship but Amit is not responding. We request India Govt to help us in getting our money.”

“im one who got cheated by Amit Bhardwaj of lacs of my funds through GBC investment I paid for 15 bitcoins in year 2017. And not received back payouts.”

Mankind will never learn from his mistakes. Desire and greed leads one to nothing but self-destruction.

I can share the cries of thousands of Bitcoin users here but you can check them all by doing a simple search for “Bitcoin Scam” on petition sites. Click here to see the list of most of the petitions signed against bitcoin scams at change.org. 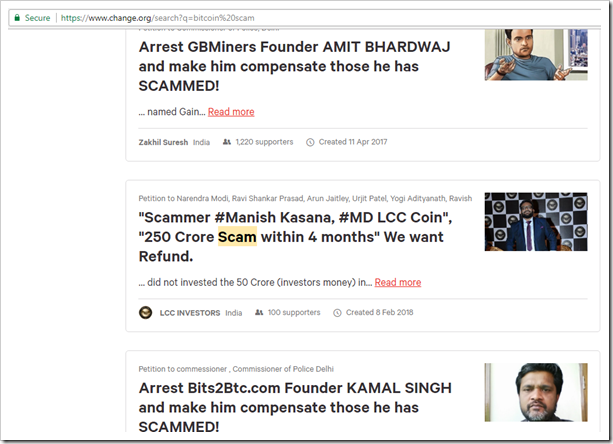 I just pray and hope that people may wake up and realize that money does not grow on trees nor on electronic scripts.

Bitcoin is neither money nor currency but a deceitful imposter that is silently stealing away your three most important assets i.e. Time, Freedom and Privacy.

When people put their trust and life savings in the hands of scammers and then dream of becoming rich, they end up ultimately signing petitions for help.

In the end I just wish to say that my job is only to advise you not to bang your head against the wall because it will hurt ‘really badly’. It’s your decision whether to go for it or not.

Kindly don’t act as test dummies, don’t volunteer for something that will enslave your future generation and snatch away their three most important assets i.e. Time, Freedom and Privacy.

Don’t work all your life to make someone else’s evil dreams a reality, instead work smart to make your dreams come true with dignity and honesty.

The early you adopt crypto, the faster you help them enslave your future generation. A picture speaks a thousand words therefore I will leave the following message to Bitcoin users as a goodwill gesture. 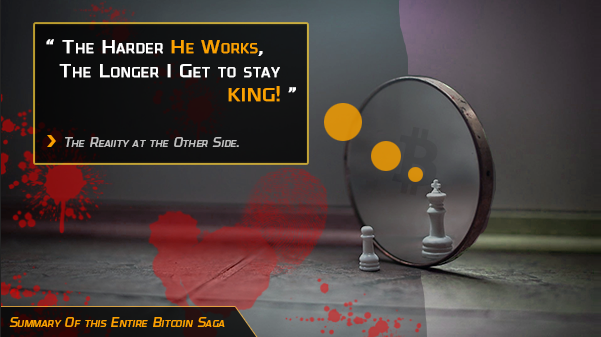 Let knowledge be the ‘Only’ judge

“I reject all laws and morality” is a common sentiment on the official Bitcoin forum and other platforms. Anyone uttering a word against bitcoin is badly bullied with hatred and profanity. The early adopters who mined bitcoins for pennies will virtually stone you to death by sending flood of angry online followers attacking you. Despite knowing this, I wrote this research without fear of outburst from crypto-community. I stand with none but truth and honesty.

This research is not intended for monetization purpose because in the presence of so many stop words, no AdSense ads may display on it and thus no revenue.

I am not even sure if Google will list it on SERPs because this article speaks too much truth that can’t easily be digested by the elites who control almost everything online.

I invite constructive feedback and criticism from all of you. At some point there are chances that I might look slightly biased to you but I promise to publish your views as long as you avoid profanity and argue logically.

Correct me where I am wrong and support me where I make sense. Let knowledge be the sole judge of who is right and who is wrong.

Indeed as individuals we are just tiny drops of ocean but when these drops are combined it can generate a giant mammoth wave, capable of cutting through even the most strongest of rocks in its path. This theoretical imagination could become a reality only when we move out of our comfort zones and the “Let it go” behavior.

No one is more crueler than the one who attains silence to injustice by choice. Stop this corporate scam with your hands if you can, stop it with your tongue if you can or at least condemn it in your heart if you are that weak.

Spread this message and share it with all your loved ones like a wild fire, or just ignore this entire research, call it garbage and live the way you have always preferred to live. I will still wish you the best of luck.