The two biggest factors responsible for the escalating bitcoin price and demand are none other than money laundering and darknet business. ...

The two biggest factors responsible for the escalating bitcoin price and demand are none other than money laundering and darknet business. 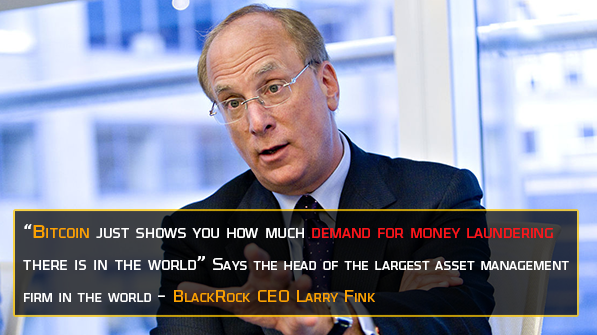 Please note that these are additional reasons to the reasons we already discussed in first chapter where we mentioned how trading volume and prices are manipulated using cross-trading of Tether cryptocurrency and using trading bots such as Markus and Willy.

I have already discussed in detail how Bitcoin helps the darknet marketplaces to make millions of dollars in daily sales. I will briefly explain how darknet is linked with Bitcoin’s rising price.

To shop online from any of these Darknet marketplaces, a user just needs two things. A TOR browser and a decentralized currency such as Bitcoin, to hide his IP address and online identity respectively.

Silk road played a vital role in introducing bitcoin to darknet community and thus the demand for bitcoin started. Silk road provided the initial momentum for bitcoin prices to rise due to a huge demand by darknet users.

By the time Silk Road was taken down by law enforcing agencies in 2013, over 144,000 bitcoins, worth $28.5 million at that time were seized from Silk Road marketplace. Imagine how popular is bitcoin within the darknet community for daily transactions.

Darknet is the biggest reason why Bitcoin prices soar towards the end of every year thanks to BlackFriday and Cybermonday discount deals runnining hot throughout darknet marketplaces, that pushes BTC demand extremely high.

BTC prices fall instantly after the start of a new year due to slow activity on darknet marketplaces which leads to low btc demand.

Throughout history the elite of the society has always looked for inventing new ways to hide their real income in order to avoid taxation or confiscation of wealth by the law enforcement agencies.

This habit gives birth to one of the biggest economic sin known as “Money Laundering”. This sin is one of the primary reasons for poverty and corruption and the answer to why a rich gets richer and the poor gets poorer.

The data below shows how much federal tax an American citizen pays each year. The chart shows the average effective federal tax rate by income level, as a percentage of income. 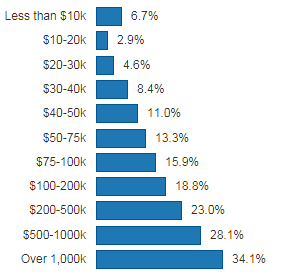 Which in laymen terms mean, as you grow big so does your federal tax rate and responsibility towards the society. If this system is strictly followed, you won’t be able to find a single beggar in entire USA but unfortunately, all taxes are paid mostly by the working class while the elite conceals their true wealth to avoid taxation through money laundering.

Social welfare is not a topic of interest for the elite and hence they will try all methods to hide their assets and show less than 10% of assets in paper for taxation. They do it through several methods and the most popular one today is online money laundering through cryptocurrencies.

At present the biggest money laundering tool used by the elite for tax evasion is none other than Bitcoin, Monero and Dash (aka DarkCoin).

Cryptocurrencies are no doubt a digital gold only for the Elite to transform their dark money into white, transfer their corrupt money abroad with no finger prints attached thanks to the decentralized structure of bitcoin.

Money laundering helps the richest of the society to live a luxury lifestyle abroad, while their fellow citizens continue to work all their lives just to pay the taxes and survive on just basic necessities of life.

BlackRock’s CEO Larry Fink who is the head of the largest asset management firm in the world, titled bitcoin as an index of money laundering. He said:

"Bitcoin just shows you how much demand for money laundering there is in the world," Fink

As long as there is a high demand for bitcoin, its price will rise, which is the basic rule of demand and supply in economics. Bitcoin is immensely popular for all illicit economic activity, so its demand will continue to rise as long as it is not regulated (that is when this bubble will burst!).